The Weekly: Two Years in Wanaka

It’s our two-year anniversary of living in Wanaka!

I first stumbled across this tiny alpine town with my sister Erin, while on my first assignment for National Geographic Traveler Magazine. We pronounced it Wa-NA-ka, instead of its proper name, WAN-a-ka. (Erin and I still call it Wa-NA-ka sometimes, just for old time’s sake.)

With its snow-capped mountains marching down to a brilliantly blue lake, the handful of shops, and all its wild, wide open space, I fell in love. I promised myself (quietly) that one day I would live and write here.

It took 15 years, but I finally kept that promise. (More or less – we live in the neighboring community of Lake Hawea, 15 minutes’ drive from Wanaka.)

Two years ago, our friend Jack Shepherd helped us move out of our tiny apartment in central Christchurch and drive the six hours to our new home. During our moving-in weekend, we could only unpack until about 3 p.m., at which time it got so hot we abandoned unpacking and would sit in the lake for a few hours.

This year, it’s eight degrees Celsius, not 30, and the Cardrona ski field received a foot of fresh snow yesterday.

The cold and the lack of sharks makes this more my home than Chris’, but he likes it here well enough.

This evening we’re heading to the Cardrona for dinner to celebrate our Wanaka anniversary, and to meet with their wedding coordinator to start talking plans. Now that the calendar has rolled around to 2017, the wedding feels like an actual thing now, rather than something abstract.

I’m looking forward to it; hopefully it will lift my spirits, which are flattened after a weekend full of deadlines (the Nat Geo story is handed in; I’m still finishing up the next deadline – Wednesday, hopefully), and political upheaval.

The inauguration depressed me; the women’s marches returned my hope.

Reading the endless stream of news stories, each with thousands of vitriolic comments, made me feel like I had live snakes in my belly.

I think what I find most disturbing is the tendency of Trump supporters to dismiss any story or comment that questions or criticizes as liberal elitist sour grapes. There seems to be an assumption that we’re upset our candidate lost, and therefore we’re launching an attack, not even giving Trump a chance, happily propagating these “fake news” stories that are obviously a transparent attempt to bring down the president.

I’ve said it before, and I will say it until the day I die: it is our responsibility to question our government and authority figures. Whether you are a full-throated Trump supporter, or so far left you’re off the map, or politically ambivalent, it is our responsibility to hold to hold our government accountable. (Or governments, in my case – the U.S. and NZ.) That is what separates a free society from a dictatorship: the ability to openly question.

After 48 hours in office, the Trump administration is off to a shaky start. From Kellyanne Conway re-coining lying as offering “alternative facts”, to Trump reversing mortgage-fee cuts, thereby increasing American’s mortgages by $500 per year, to Sean Spicer lying four times in his initial press conference and refusing to answer questions from the media, and the White House’s removal of the climate change, civil rights, health care, and LGBT pages from its website, I’m not impressed.

The silver lining, of course, is that there are no more excuses, no place left to hide, for the president or this administration, and the world is watching.

I’m sure politics will occupy a lot of my mind this week, but there are other things on the go, including meeting with a few new potential clients, a lot of writing and research work, and Chris and I have a three-day weekend to look forward to. As I’ve been working more or less every day since I got back from Nepal, I’m hoping to take three days completely off. We were hoping to head into the hills for a couple of nights, but the weather forecast isn’t looking flash. (So far; the weather can change in a New York minute here.) We might need to content ourselves with day-trips exploring our backyard, instead.

Either way, I’ll let you know what we got up to next week. Enjoy your week ahead! 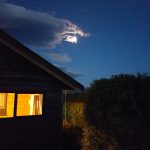 The Weekly: Being Still2017 Blog Archive 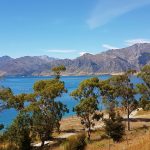 The Weekly: A Flash of Summer2017 Blog Archive