Sound of the Seasons

We all have a personal soundtrack. My formative years were spent with Cat Stevens, Crosby, Stills and Nash, Simon and Garfunkel, the Eagles. Teenage years were Jane’s Addiction and Alice in Chains. University was Phish. Tom Wait’s Ice Cream Man and Simon and Garfunkel’s Hearts and Bones will always remind me of a trip to Ireland. And Bob Dylan has been there throughout.

I recently went to see the always energetic Fat Freddy’s Drop play an outdoor show at Peregrine Winery. Fat Freddy’s was the first concert I attended in New Zealand; I saw them in 2004 at Sandwiches, a Wellington bar, and I’ve seen them a few times since.

Fat Freddy’s music is New Zealand summer: it’s both cruisy and invigorating. It seems to go on for ages, but it’s over before you know it. It’s meant to be listened to outdoors – at the beach, a backyard BBQ, or driving with the windows down. You hear it with sunglasses on.

But, for me, there’s always a twang of anxiety when I listen to their music. When I first saw them play, I had been in New Zealand for a few months and I was becoming hyper-aware of the cultural differences (and very aware of the cultural gaffes I was making). Conversations, dating, making friends – they all had a different rhythm than I was used to. Hell, I didn’t even know where to buy sponges when I first moved here. The tax system baffled me. I always had to pick snails off my mail – they seemed to thrive in the damp darkness of my letter-box, leaving small round holes in the envelopes.

The initial high of moving to a new place is always followed by a wash of anxiety and tiredness from weathering constant change, and that’s exacerbated tenfold if it’s an overseas move. You don’t recognise the birds, plants, sounds or smells surrounding you. At first that’s exciting, but the excitement starts to wane after experiencing moment after moment of watching someone’s face change from cautiously friendly to that wary, sideways look given when you’ve just put your cultural foot in it. Again.

The Fat Freddy’s concert was one of the few invitations I had received since being in New Zealand, and I wasn’t comfortable at first; I was concentrating too hard on avoiding those sideways looks. But then I started to listen to the music; I started dancing; I became preoccupied trying to count the number of musicians who were actually in the band. (This may sound easy, but it’s not. If you ever see Fat Freddy’s, you’ll know what I mean. I even caught myself counting again at the Peregrine concert.)

By the end of the concert, I felt like myself, for the first time in a long time, and that was the start of New Zealand and I coming to terms with one another. And every time I’ve been to a Fat Freddy’s show since, I slide through the same emotions: I feel slightly anxious, I start to listen, and then I feel at home. 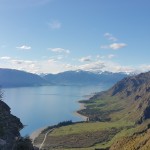 One Year in Paradise2016 Blog Archive 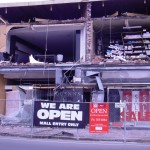 Just When You Thought it Was Safe to Go Back (to Drinking the) Water….2016 Blog Archive