I’ve never written about 9/11. I can usually avoid thinking about it, until I turn the calendar page to September. My eyes always go to the square with the 11th first, until I tear my eyes away and think about the other occasions the calendar marks – my friend Jo’s birthday (also the 11th), or my sister’s birthday on the 18th. Daylight Savings.

It surprises me that, 15 years on, I’m still affected. I feel I don’t have the right to be affected. Other people’s experiences, the collective experience of the United States, are horrific. My experience is merely an anecdote.

I remember I was wearing brand new navy high-heels I had purchased from a second-hand store. I remember those shoes vividly. My first pair of four-inch heels. Paired with a pencil skirt and button-down blouse, worn on a beautiful autumn D.C. day, I felt like I was in a 1930s film.

I was living in Middleburg, Virginia, and my commute to the National Geographic headquarters was a long drive jammed in traffic, the Metro, and a four-block walk. I was 26 years old.

I had just arrived in my office and turned on my computer when a co-worker rushed past my door. Seeing me, she doubled back: “Haven’t you heard? The offices are closed.”

“I don’t know. I heard we’re under attack. We’re all supposed to go home.”

On my way out the door and during the walk back to the Metro, I heard many different reports. The White House was under attack. The World Bank had been bombed. It was all a hoax. It was Iran. The only consistent piece of information was that nobody knew what was actually happening.

It took me roughly six hours to get home. The Metro was jam-packed. A construction worker named John helped get me on the train. Shortly after, when the train stopped and the tunnel filled with smoke, John also helped get me off the train, wrenching the door open with a grunt. “I’m not going to die down here. Not like this,” he said. I agreed, and followed him off the train, down the tunnel, and up the stairs to daylight. There was smoke there, too, in the distance.

There we parted ways. I walked a few miles down the highway (which is why I vividly remember the four-inch navy blue high heels), easily outpacing the gridlocked traffic, before hitchhiking to my parked car. No one could get any calls through on their mobile phones, and my phone battery died during my attempts. Pay-phones had lines halfway around the block. After a long stint sitting in traffic, I finally made it home and was able to call my parents and assure them I was okay. And I finally turned on the television to see what everyone else had been seeing all morning: that image, seared into our collective memory, of a smoking tower, and a hurtling, blurry object slamming into the second tower. Disbelief. Horror.

Later that evening, I heard we had lost two colleagues: Ann Judge, who I knew, and Joe Ferguson, who I didn’t. They were accompanying three students and three teachers on a National Geographic Society-funded marine research project. Their plane went into the Pentagon.

I don’t know why I went back to work the next day. I probably didn’t know what else to do. It was a Wednesday, I think. Only a few of us showed up, which is understandable – most of my co-workers had families with young children; I didn’t.

I remember wandering into my Editor-in-Chief’s office. I think he was surprised I had shown up to work. I told him I didn’t know what else to do. Keith Bellows looked straight at me and said: “That’s all we can do. No matter what happens. Keep showing up.”

My navy high heels, the image of the second plane hitting the towers, and Keith’s “keep showing up” comment are my three clear memories from a day I wish we didn’t have to remember, but I don’t want to forget. It’s worth remembering what happened, and why. Remembering the heroes and the fallen. Thinking about Ann and Joe, and those excited school kids. Being grateful for John, who helped me on and off the train. Remembering the optimism I felt in my navy high heels that morning, and that flicker of reignited hope I felt when Keith told me to “keep showing up”.

It’s the only thing we can do. 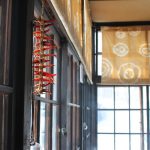 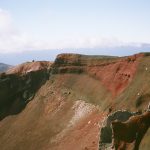