Just When You Thought it Was Safe to Go Back (to Drinking the) Water….

The boil water notice has been lifted! Lake Hawea’s water supply has been expunged of the e-coli nuisance that demanded residents boil water for everything from brushing teeth to washing the succulent summer fruit. (Thanking the gods daily for Central Otago cherries….)

The interesting thing about this annoying little exercise (apart from its reminder as to how lucky we have it, being able to simply turn on a tap) is that it recalled a lot of strong memories from the Christchurch earthquakes.
I moved to Christchurch shortly after the February 2011 earthquake. The apartment I was supposed to move into had its central courtyard raised 11 inches by the quake and still isn’t inhabitable. I found another central city apartment, which had been vacated by a freaked out grad student in such a hurry to leave the city she left the pot plants tipped over. (I can’t blame her: I wasn’t there for the massive one, but I did stick around for the aftershocks, and those were plenty for me.)

There were army tanks on the streets, the traffic lights were out, and my apartment complex was the only building over two stories in a two-block radius that didn’t have a red sticker in its front window. The city – for those of us lucky enough to have water – was also on a boil water notice: we had to boil any water twice for it to be safe enough for consumption.

I won’t go into the daily details; anyone who has travelled to a location with questionable water is familiar with the steps taken to avoid ingestion. What I found fascinating were the social implications. After the earthquakes, Christchurch didn’t have too many after-work watering holes left standing, so we usually went to each other’s homes for that after work drink.

The criteria to determine who would host went as follows:

Step 1: determine who had running water and a functional toilet

Step 2: determine who had enough twice-boiled drinking water on hand.

It became a real concern: often I’d want to invite new friends round, but, no, wait – did I have enough water? Damn. I didn’t put the kettle on this morning when I left for work. I only had a litre or so, and that was barely enough to see me through the evening. So, no friends.

This water conundrum also highlighted the amazing generosity and fighting spirit people are capable of. That really came out in force after the earthquakes: people with flattened houses were offering what they could to neighbors with nothing. The Student Volunteer Army was a thing to behold. And some clever folk even thought beyond the material needs of the community by adding pop-up libraries in old refrigerators on random street corners.

People kept overwhelming emotions at bay with a can-do attitude, quirky ingenuity and a “Drink Wine, Save Water” irreverence. They shared their drinking water and invented a party game I, bizarrely, find myself missing: during gatherings, after every aftershock (and there were many) we all tried to guess the magnitude of the quake before someone looked up the answer on Geonet. Some of my friends became savant-like at this game: they could differentiate a 4.3 from a 4.4 with frightening accuracy.

I had an easy time of it in Christchurch compared to most, and even my experience was challenging. So it’s nice to know, thanks to e-coli-inspired reflections, that a lot of my memories from that time are happy ones. I often tend to have a rather darkened view of humanity at times, but Christchurch gave me a little light to hang onto. And I’m grateful for that….and, of course, for water that you don’t have to boil. 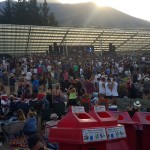 Sound of the Seasons2016 Blog Archive 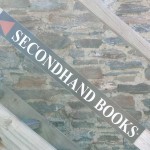